Social media can be fun, but it also raises numerous questions for me. I am sharing a few of them here in my endless quest for knowledge (and blog posts).

If no one else has liked something yet, should I like it if I don’t know the person very well? I might actually like a photo that someone I knew from high school posted of his or her family, or I might think that person’s dinner looks delicious, but will it look weird if I am one of the first persons to like a post? I don’t want them to think that the guy from their government class 30 years ago is stalking them.

Along the same lines, I hate to like something that appears to have been posted just a minute or two before I saw it. I don’t want anyone to think I am constantly on social media. I am very busy doing important work most of the time and only look at social media about as much as the President watches television.

Who will take this post wrong if I share it? Can a post about my new shoes be construed as political? What if I just show the left shoe? Does a photo of my cat make it look like I am anti-dog? It is possible to be both pro-cat and pro-dog you know.

How does Snapchat work? Am I too old to use Snapchat?

How do other people remember to take photos of their food or remember to post where they are eating? I honestly do think it’s interesting to see where people go to dine and to see what they are eating, as it gives me ideas for places to go and things to eat, too. Of course, even if it looks great, I may not feel comfortable liking their posts until at least 11 other people have liked the post.

I love social media and love reading other people’s posts, but I am often reluctant to post anything of my own because I don’t want to look like I am too self-involved. (Note: I actually am very self-involved.) At the same time, I very much enjoy seeing everyone else’s posts and I don’t think they are self-involved. I need to think of a way to post interesting items, too, but for now I will just post these (hopefully somewhat interesting) columns and a few random pet photos.

How does Google+ work? I actually share these blog posts on Google+ and I read some posts there, but I still don’t quite understand it. How many people look at it? Wasn’t it supposed to be Google’s answer to Facebook? Are there any Google+ stars out there?

I am able to share photos of my cat looking cute, but how can I convey on social media just how mean she really is? She is a mean cat, but look at how adorable she is! I just want to hug her until she scratches me, bites me and then makes a mess on the floor.

How does Pinterest work? Does it have any posts about pro wrestling?

Do the Russian bots share photos of their cats and dogs? Or do they just show images of other pets like skunks or porcupines in order to sow discord? Can a pet sow sow discord?

Also, how are the people I know so social? I know people that are out to eat constantly, attending concerts, participating in marches and taking on grand adventures. I hope they don’t mind that I am at times living vicariously through them, even though I haven’t seen some of them in 30 years. My family is great and we have a very interesting life, but some people on social media must never just go home and watch television.

If the characters in Star Wars had droids, lasers and giant space ships, why didn’t they also have social media? Their technology was advanced enough for holograms, but not for Twitter? Or maybe they had already advanced past social media.

Why is it so difficult to stop scrolling through social media sometimes? If I’ve looked at it for a little while but want to stop, I feel like I should scroll until I find something interesting and then stop, but then I don’t see anything interesting at all so I am just scrolling through in the hopes of finding something to read so that I can finally stop reading. I imagine that it’s the same feeling you have while you are trying to get to the end of this column hoping for an interesting point to be made.

How can I adequately convey all of my genius in a Twitter post? I talk too much when I am answering yes and no questions, so Twitter can be tough for me. 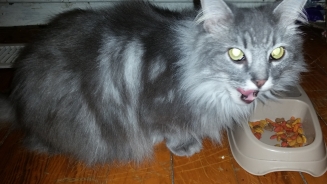 What’s it going to take you to hit that like button for this post? More photos? Do you want to comment on it? How about mention it to friends while you drink coffee? Do you need to wait a while and the come back later and like it? That’s ok, too, you know. And if anyone likes this on Google+, you earn extra points and my eternal gratitude.