For Father’s Day, here are a few things I am thankful for as a father.

Random Texts – I enjoy receiving messages about all kinds of topics at different times of the day from the kids. Last week, for example, my wife and I were at my mother-in-law’s when I received a text that just said, “We’re out of trash bags.” Frankly, that one scared me a little, because why was there suddenly a big need for trash bags? What had broken? I also receive random texts about sports teams, professional wrestling, people needing rides, money, LeBron James, the Avengers, food, waking people up, phone chargers and all sorts of topics. They often break up my day and give me new topics to think about. 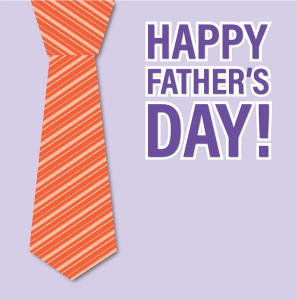 Dad Jokes – The fact that there is a term for the stupid jokes I like to make is a huge help to me. As a parent, I’m not just someone trying to make dumb jokes, I’m making “Dad Jokes,” so it’s socially acceptable.

Removing Spiders or Other Bugs– I am often called on to bravely remove spiders, stink bugs, moths and other pests from the house, and I don’t mind this job at all. However, I don’t want to kill them, so throw them outside in a paper towel in order to give them a chance and to make the lawn look more colorful.

Noo Noos- That’s what my step granddaughter calls noodles, and it’s the cutest thing ever. It is so much fun having a toddler around the house and then sending her home when we are tired. I find myself repeating how she talks and adding question marks to my phrases like she often does. Blog? Cat? (I also enjoy how the dog is also a cat to her). Ball? Sentence fragment?

Children Not Realizing I am Just Winging All of This – As a parent, I learned that none of us really know what we are doing, and we are just trying to figure things out on the fly. It’s nice when children think you are wise and insightful and can do no wrong, even though you often do things wrong. It is also important to note that this changes while they are teenagers.

Understanding My Own Dad A Little More – After having the children’s perspective first in life, it’s nice to have the parent’s perspective now.

The Children Can All Cook Better Than I Can – I eat well. Every once in a while when the kids all make dinner or they individually all end up doing really nice things (which happens often), I say to my wife, “Having all of these kids is starting to pay off,” which always makes one of us laugh.

Children Can Explain Technology To Me – This comes in very handy with phones, computers, televisions and math.

New People For Me to Share My Favorite Movies With – I enjoy talking about myself (as you may have noticed) and children are a captive audience to hear my stories, watch movies with and discuss movies and television shows.

Making Me Do Fun Things – Whether it has been sledding, going on roller coasters, visting corn mazes or even just going to the playground, I am thankful for the way kids have kept me active and have gotten me to try out new activities. I am not thankful for the time I tried ice skating, though. That didn’t go very well.

Seeing Your Kids Succeed and Often Do Better Than You – As a parent, there’s no greater joy than watching your children become successful in life and knowing that they can support you when you get older. Also, it’s great to see them do well in school, work, sports, parenting, music and other aspects of life. It was not much fun the day when I knew for sure that my son Ben was better than me at basketball, but it was still a proud moment. Someday, I hope to see his children be better at basketball than him.

Free Cookies – As I was writing this, one of the older kids stopped by and brought us cookies. So now, I think I’ll have some cookies with my dinner, which hopefully will include pasta and noo noos. Life is good.